The naughty genre served as an unintentional glimpse into a world where young women could just have fun. 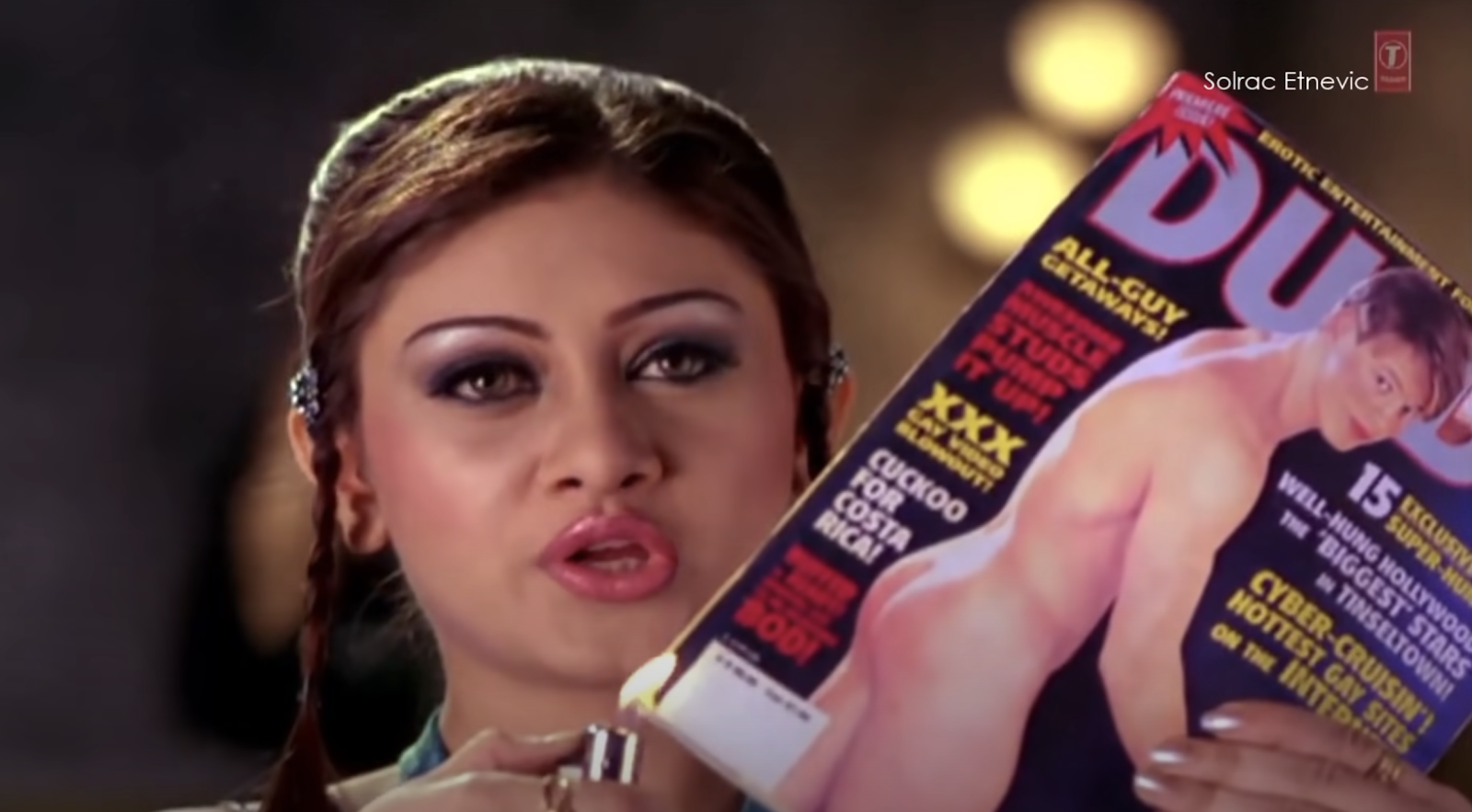 Outside a dimly-lit nightclub, a curious, glitz-and-glammed young woman is reading — nay, studying — a gay porn magazine, mouth agape. She decides to go into the club; the bouncer stamps every entrant’s wrist, but the woman yanks down the neckline of her black tank top to receive the paw print-shaped stamp on her breast. Her boyfriend follows her into the club, trying to manage her shenanigans, but decides to just sit in a corner while she dances away to a remixed song filled with double entendres, showing off what would arguably become the most iconic G-string in Indian TV history, every chance she gets.

Looking back, the video for “Kaanta Laga” feels like a fever dream. DJ Doll Remix, the 2002 album that featured it, took India by storm, becoming the foundation of the country’s new and booming genre: remixed, sexually suggestive recalls of old Hindi songs with steamy videos to match. The protagonist in the “Kaanta Laga” video, Shefali Jariwala (better known as DJ Doll since), shot to fame and was invited to be part of reality shows, talk shows, and Bollywood films.

As these provocative remixes aired on MTV India in the early 2000s, hormonal teens were glued to their TV sets, waiting for their parents to hit the hay so they could watch dancer Meghna Naidu cup he