The Mother Mosque in Cedar Rapids, Iowa has weathered it all — the Great Depression, floods, and the rise in global anti-Muslim rhetoric. 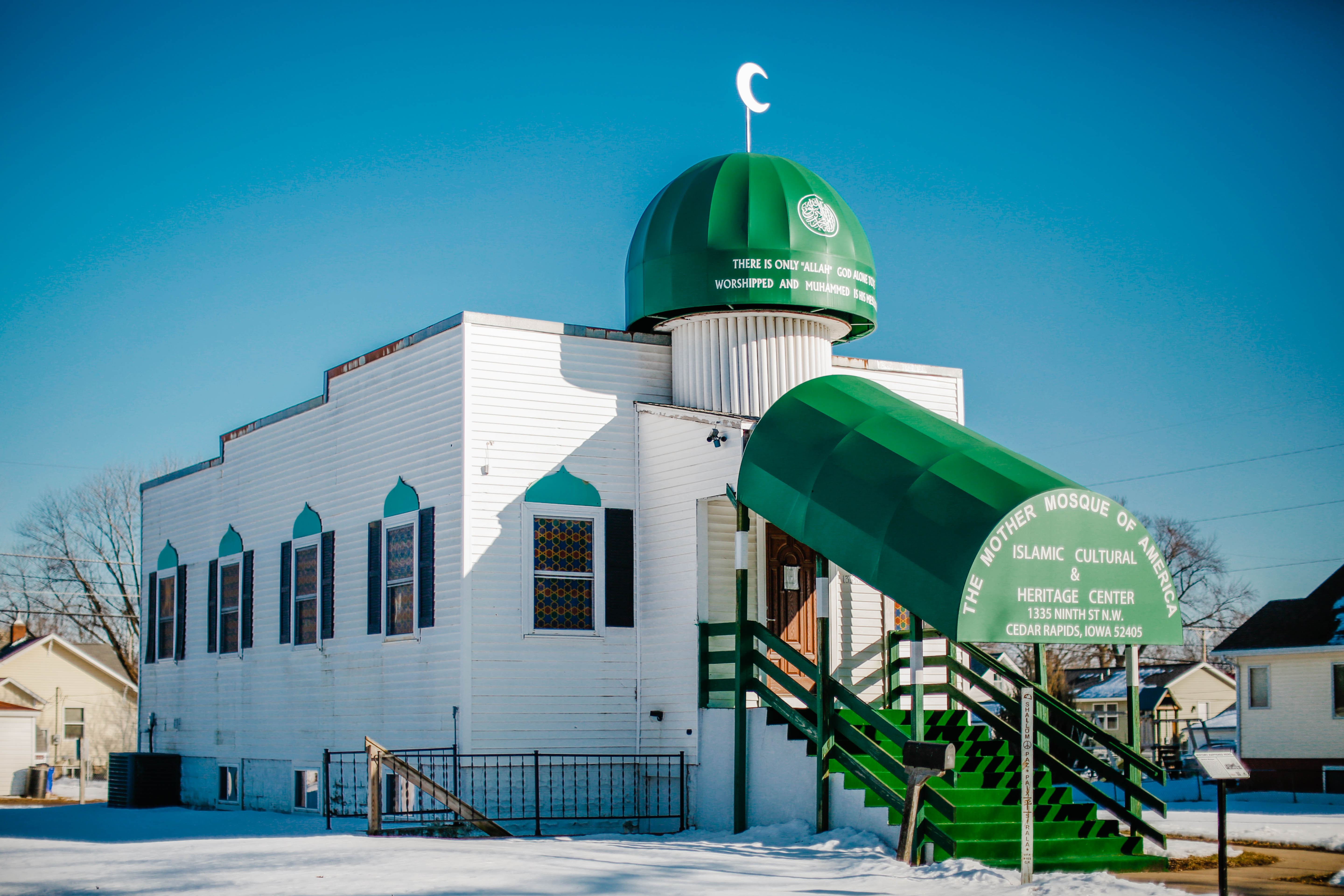 America’s Mother Mosque, the oldest mosque in the country, is nestled in the center of America’s heartland in Cedar Rapids, Iowa. It’s flanked by a Methodist church a block north and a pet spa a block south, surrounded by homes with yards peppered with Pete for America and Bernie 2020 signs. The little mosque on the prairie, as one community member describes it, bears far greater resemblance to the neighboring clapboard houses than a grandly minareted masjid, indistinguishable if not for the moon-topped mint green qubba atop the white-shuttered, schoolhouse-style building. Midwestern pride runs deep for the mosque’s patrons, and the mosque describes Iowa in the most idyllic of terms, “from fields of tulips…to the field of dreams…from covered bridges…to covered wagon” on its website.

In Cedar Rapids, five generations of Muslim Americans gather at the Mother Mosque, where South Asian Americans congregated four years ago wondering what the future might look like in a country where the president claimed that “Islam hates us” and that he would “strongly consider” closing mosques across the United States. But the Mother Mosque isn’t shaken. It has faced it all and survived — the Great Depression, a global rise in anti-Muslim rhetoric, and a flood that nearly destroyed its