Younger generations are grappling with not only the trauma of leaving their homes, but also their community’s colonial complicity. 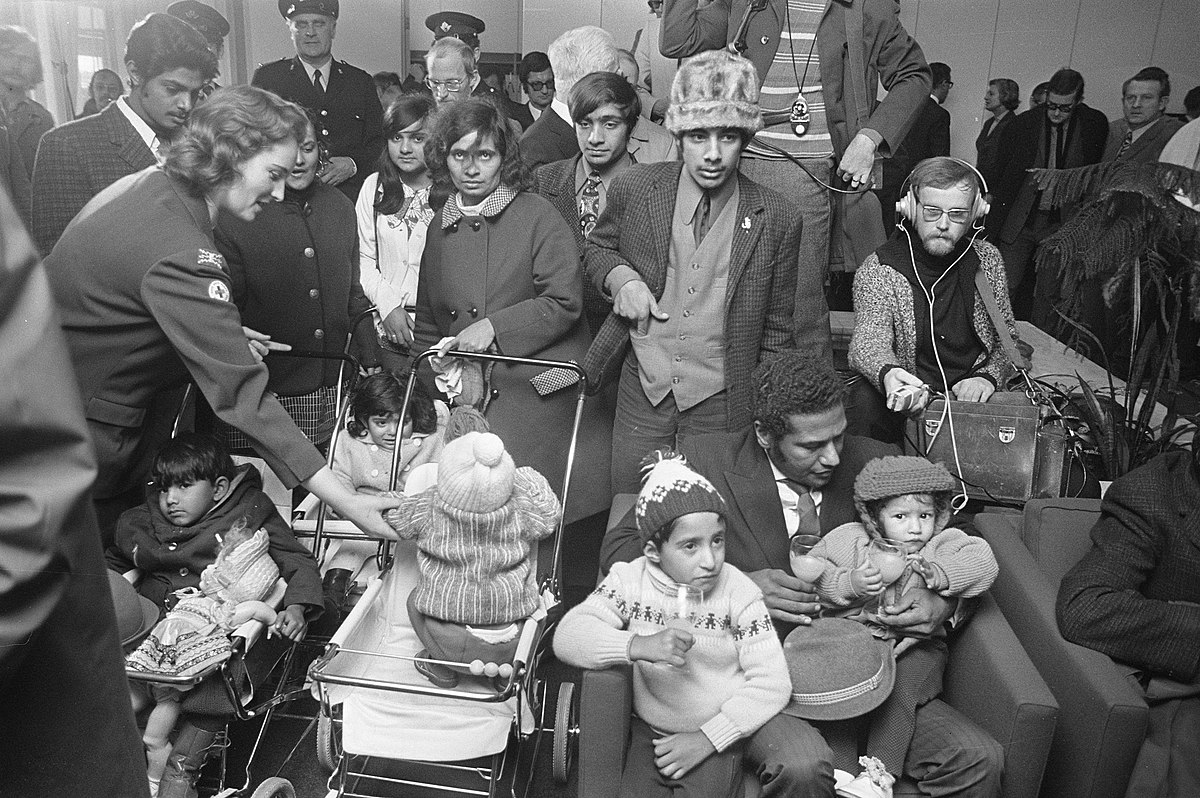 Expelled Asians in the Netherlands after leaving Uganda, 1972 (Bert Verhoeff)

Anita Ruparelia was 3 years old when her family was forced to leave Uganda. “My parents had lived in Uganda for over 50 years. That was the country where they had met, gotten married, and had children,” she told me. “We would go to the cinema, hang out with friends, and go for long walks because the weather was beautiful. It was a wonderful place to live.”

That was until August 4, 1972: Idi Amin — the despotic military officer who became Uganda’s third president in 1971 — ordered the expulsion of all non-citizen Asians from Uganda, giving them 90 days to pack up their lives, leave their businesses, and exit the country. Their bank accounts were frozen; there was a limit on how much weight and money (£50) they could carry with them. For many of the 80,000 Asians living in Uganda at the time — a small but influential minority in a country of 10 million — this meant leaving the only home they’d ever known. Nearly 50 years after their expulsion, their memories of Uganda are still laced with trauma and their community’s complicity in anti-Black colonial subjugation.

The roots of the Ugandan Asian community go back to 1896, when the British brought over 40,000 laborers from the Indian subcontinent to construct a railway line connecting Kenya and Uganda. Along with the rail workers came small business-owners and administrators, who provided ancill