The stories of working-class South Asians in New York City point to a history beyond the narrative of assimilation. 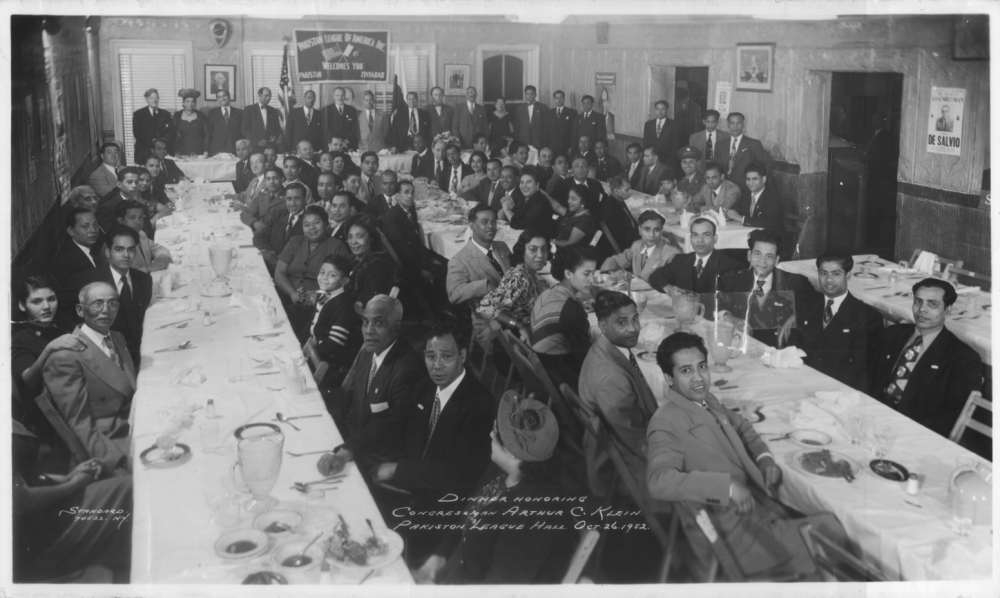 A 1952 banquet of The Pakistan League of America, an organization whose membership consisted predominantly of former seamen from East Bengal (via Bengali Harlem, a project by Vivek Bald and Alaudin Ullah)

During the Harlem Renaissance, in the early decades of the 20th century — when some of America’s greatest writers, thinkers, and artists were transforming a New York neighborhood into the heart of Black politics and art — Bengali sailors were jumping ship and sneaking into American ports on the East Coast. Hearing the rumors from Ellis Island, where immigration officers were imprisoning the “tired, poor and huddled masses yearning to be free,” the sailors came to port cities like Boston, Baltimore, and New York, making their way into Black and Hispanic neighborhoods, buying Puerto Rican birth certificates to hide their true identities. In 1917, the U.S. government had banned Asian immigrants, and so these sailors survived by “passing” amongst people of color. From the Lower East Side and downtown Manhattan to Harlem in New York City, these refugees married Black and Latina women, and soon were rubbing shoulders with revolutionaries and Black separatists.

“‘Malcolm X used to come to the house at 100 and Western Avenue,’” said comedian-turned-historian Alaudin Ullah, recalling the words of one descendent. “He was like, ‘I remember I used to give him rasmalai and tea.’” In the 1950 to 1960s Harlem, Muslim civil rights leaders like Malcolm X would debate the tenets of Islam with Bengalis, and jazz