Draped in lace, rhinestones, and fur, Helen claimed and rebranded the archetype of a vamp. 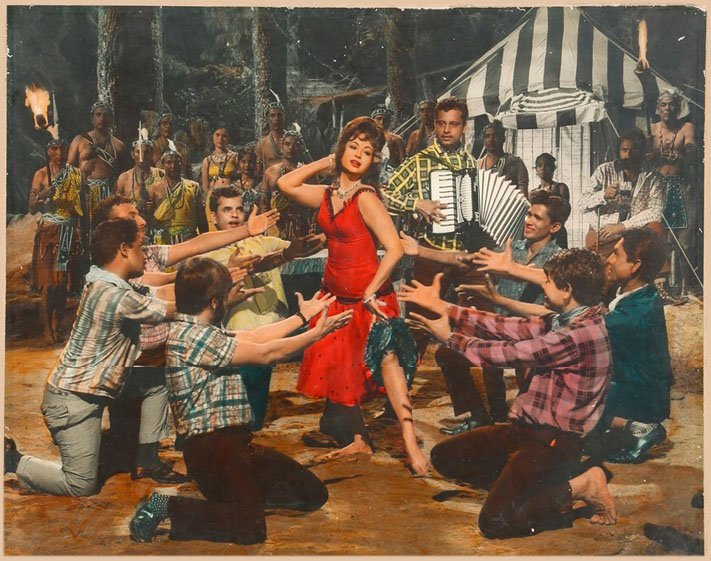 Ramesh Sippy’s 1975 film Sholay is essential to any discussion about Bollywood. Even most non-Brown Bollywood fans know of the star-studded film. But aside from lead actors and real-life couples Amitabh Bachchan, Jaya Bhaduri, Hema Malini, and Dharmendra, who got plenty of screen time and memorable dialogues, someone else helped skyrocket Sholay’s appeal without a single dialogue. A belly dancer performing the song “Mehbooba” — the most-watched song from the film to date — absolutely mesmerized moviegoers. Her presence was so magnetic, you couldn’t forget her once you watched her shimmy to the desert beat, the glow of the bonfire reflecting off her sequined outfit. The song was a rendition of Greek singer Demis Roussos’s “Say You Love Me,” but the latter has only a fraction of views on YouTube compared to “Mehbooba.” Of course, some of it is the magic of the music director R.D. Burman, who also sang the song, but there’s a reason that even today, the song prevails.

Curvaceous, glittering in drag makeup, hair big and elaborately styled, adorned in jewels from head to toe, skin buttery smooth. Helen could set dance floors (and TV screens) on fire with her seductive cabaret moves and iconic outfits; her energy shocking and unrelenting for her petite 5’4’’ frame. For filmmakers, it was a privilege to have Helen grace their reels. In a crowd of pious, sati savitri heroines, she claimed and rebranded the character of a