Vikramaditya Motwane’s new Netflix thriller — also a black comedy, an indictment of Bollywood, and a 108-minute-long inside joke — was seven years in the making. 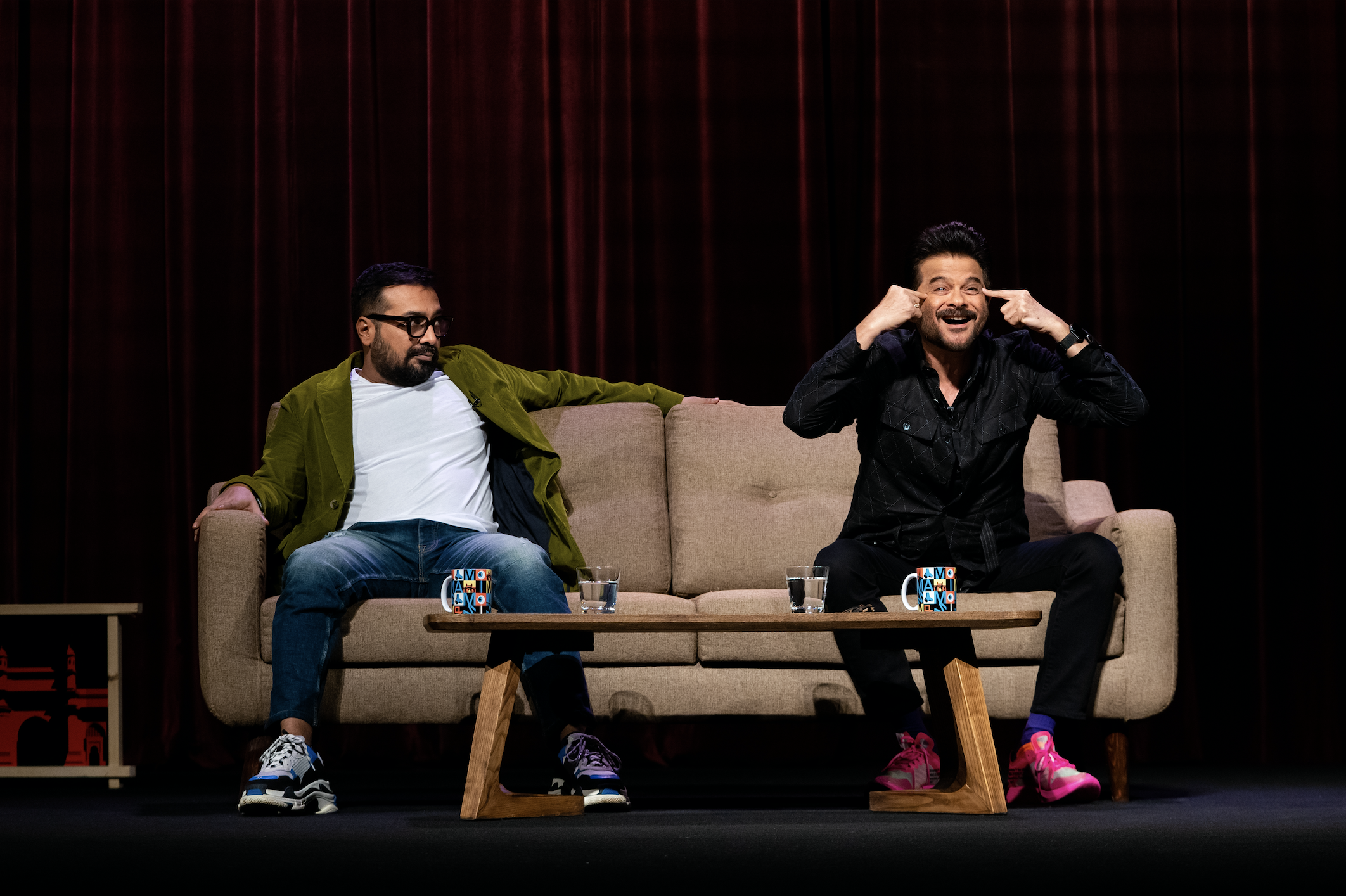 Anurag Kashyap and Anil Kapoor in 'AK vs. AK' (Netflix)

In 2014, Avinash Sampath, an Amsterdam-based advertising professional, had a nutty one-line idea for a movie: what if a director kidnapped an actor’s daughter and then turned the father’s search for her into a movie? Originally from Chennai, Sampath felt that Bollywood had yet to attempt such a thriller and, in a country that glorified its celebrities, a showdown between two would find ample takers. But he had no connections to Bollywood and wasn’t a trained screenwriter.

So he ended up sending a five-page pitch to Phantom Films (now defunct), a scrappy, new-age production house that emphasized stories over A-list stars. Its films included Lootera (2013), about a heist during the Bengal zamindari age, and Queen (2013), about a woman who is jilted at the altar but goes on her honeymoon, anyway. Two of the four founders were award-winning writer-directors Anurag Kashyap and Vikramaditya Motwane.

Sampath heard back from Phantom Films within a week.

Motwane, whose striking directorial debut Udaan premiered in the Un Certain Regard section at Cannes in 2010, expressed interest in directing Sampath’s idea. Motwane convinced his long-time collaborator Kashyap, who had just wrapped up Bombay Velvet (2015), to act in it and then approached actor Shahid Kapoor to play the second protagonist. Sampath started working on a screenplay, and the film was christened AK vs SK. “We started shooting for a couple of days in late 2014, but then it sort of fell apart for a host of reasons,” Motwane told me over a phone call, including Shahid