Should the media reflect the will of the people? Or tell the truths you might not know? For Modi supporters, the answer is clear. 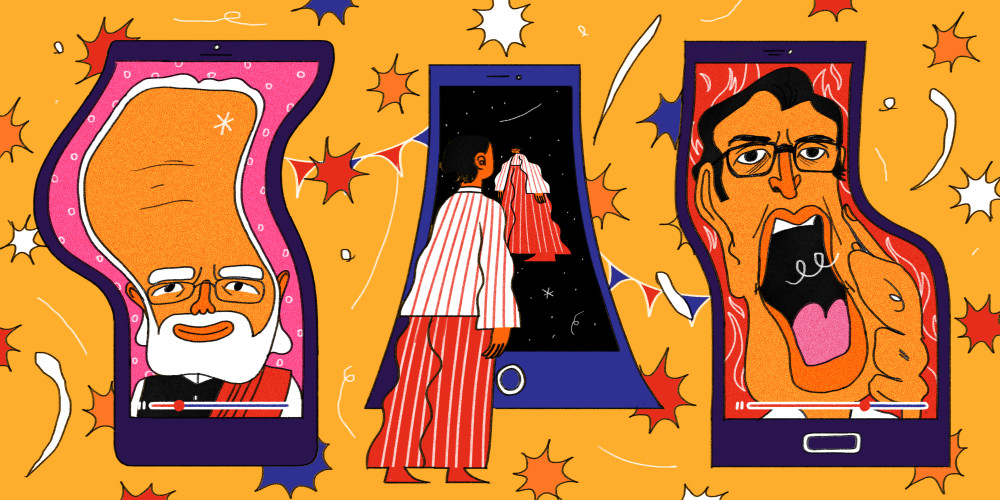 Aziza Ahmad for The Juggernaut

These days, Manoj Sharma — a “40-plus,” in his coy words — lives in Santa Barbara, California, and works as a therapist. For a year in the mid-1990s, he was a reporter for the Indian Express in Maharashtra. He gets his news from YouTube, Twitter, and Facebook but is particularly fond of posts from Indian television stations. “I like Zee and Republic because they are very straightforward and supportive of the work we have done,” Sharma said. By “we,” he means India, and, by extension, its Bharatiya Janata Party (BJP) government led by Prime Minister Narendra Modi. The Modi government isn’t perfect, he acknowledges, but he appreciates their efforts. He likes media that does the same.

“I would say [the] media is moving in the right direction,” he said.

But this month, political freedom advocacy organization Freedom House’s annual report demoted India from “free” to “partly free” due to the Modi government’s crackdown on dissent, minorities, and the press. Modi’s government has encouraged editors to publish pro-government narratives, banned television channels critical of it,