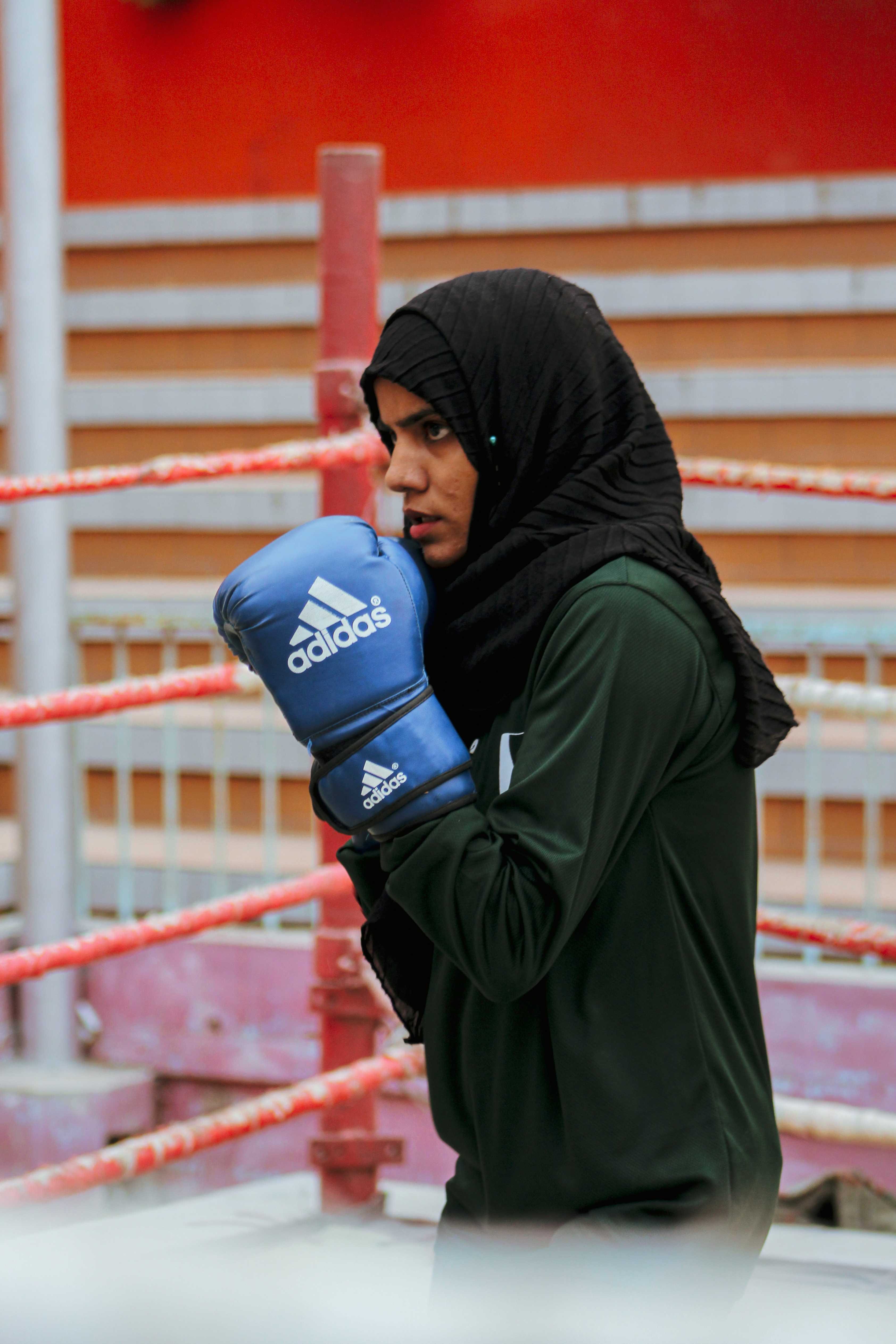 On a warm October evening, I met 23-year-old Razia Bano at Kakri Ground, a popular sports complex in the Lyari neighborhood of Karachi, Pakistan. It was a routine training at the boxing club, but Bano, the country’s first female amateur boxer to win national gold in the flyweight category, proudly sported her official green Pakistan jersey. “Muhammad Ali was the reason I began boxing,” she told me. When he died in 2016, the media interviewed boxers from Lyari; watching them, Bano was struck by their passion. “This also motivated me to train and to carve my own identity as a boxer.”

Lyari’s love for Muhammad Ali is well-documented. When Ali visited Pakistan as a special guest at the 1989 Asian Games, he also paid a visit to Lyari. When he died, the Lyari Labour Welfare Centre Boxing Club (LLWCBC) announced three days of mourning. But Lyari’s romance with boxing predates Ali. The LLWCBC, for instance, is older than Pakistan itself: Ustad Mohammad Sattoo, who came to be known as Baba-e-Boxing, Urdu for Father of Boxing, established it in 1940 in pre-Partition India. Sattoo visited boxing clubs around the world during his travels as a cargo ship laborer, which inspired him to establish his own club back home in Lyari. Today, a boxing stadium in Karachi is named after him.

By most accounts, women’s amateur boxing began five years ago in Karachi. Around the same time, Lyari was beginning to heal after deadly gang violence that intensified in 2008 and lasted for nearly five years. At its peak,