The director behind 'Late Night' and 'Chutney Popcorn' forges masterpieces by centering the full lives of her diverse characters, not just their identities. 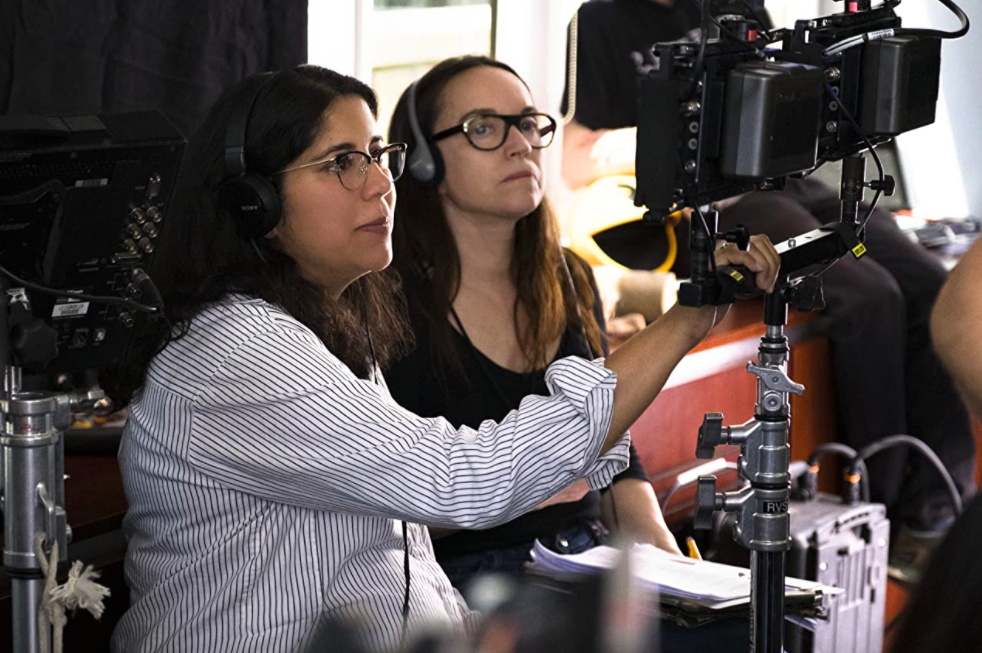 In the opening scene of Chutney Popcorn (1999), a badass, helmet-wearing, leather glove-sporting Reena is on her way to her sister’s wedding, with her white girlfriend (who wears an embellished green anarkali) perched on the back of her heavy motorcycle, desperately adjusting Reena’s pink-orange sari pallu as it flies out of her biker jacket. She makes it to the venue just when her sister, Sarita (Sakina Jaffrey), is leaving with her groom. A crowd of guests at the gate watches Reena chase her sister’s car, her jeans peeking out from under her sari, as her mother crosses her arms in almost-expected disappointment and groans. We, as viewers, know we’re in for a ride.

Director Nisha Ganatra is the mastermind — along with late writer Susan Carnival — behind this classic story about two women having a baby. “I decided to make one of the sisters gay, and it made for a much richer storytelling experience,” Ganatra said. “Then it was not a coming-out movie, or one about being Indian American. These people [in the film] just are those things. The problems in the movie aren’t their identities.”

This has been Ganatra’s modus operandi from the get-go. Time and again, she has made clear — with her work and her comments — that she does not want to be boxed into one category and identity. So much so that in 1999, Ganatra refused to take Chutney Popcorn to the New York Asian-American Film Festival or the Gay and Lesbian Film Festival. “Other peop