The Dalit labor rights activist, who protested alongside farmers, was arrested on January 12. Allegations of her torture and sexual assault at the hands of police have garnered international attention. 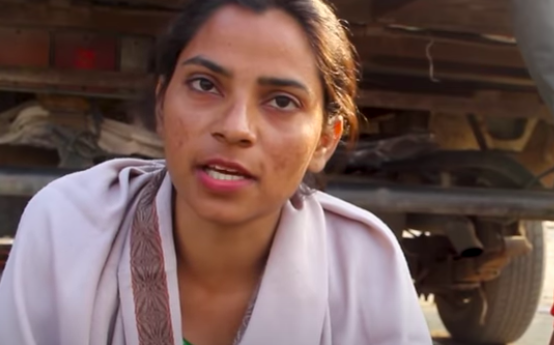 On February 5, entrepreneur Meena Harris, also U.S. Vice President Kamala Harris’s niece, tweeted about the imprisonment of a woman named Nodeep Kaur: “Weird to see a photo of yourself burned by an extremist mob, but imagine what they would do if we lived in India. I’ll tell you — 23[-year-old] labor rights activist Nodeep Kaur was arrested, tortured, & sexually assaulted in police custody. She’s been detained without bail for over 20 days.” On January 31, Canadian poet Rupi Kaur had also tweeted about Nodeep Kaur, who turns 24 today. 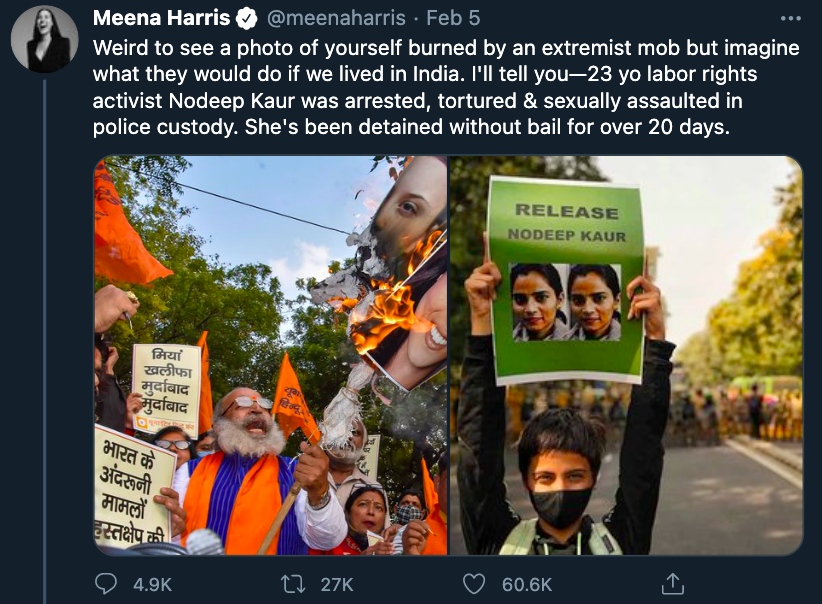 Their tweets about Kaur have garnered a total of 55,700 retweets as of publishing, drawing international attention to the Sikh Dalit labor rights activist, whom police arrested while she was protesting alongside farmers. Police a