The writer reveals how her debut novel uses the unreal and ineffable to answer questions about identity, ambition, and our place in history. 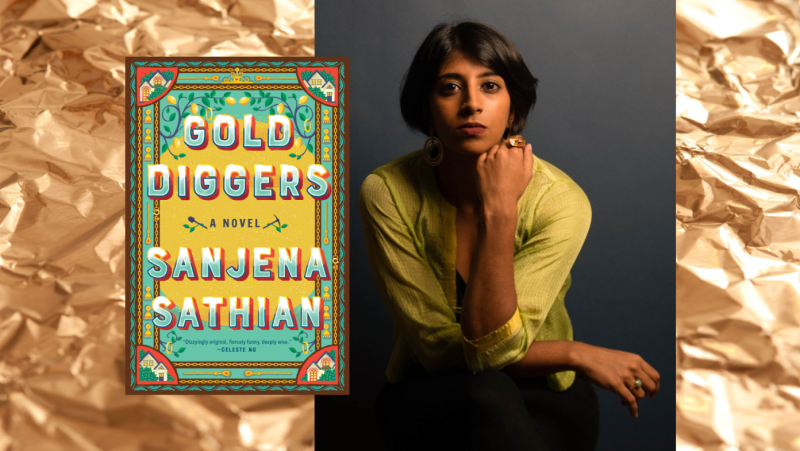 Sanjena Sathian’s debut novel Gold Diggers follows an Indian American everyman through the labyrinth that is belonging and ambition in America. As with most conversations featuring early-career fiction writers, our conversation eventually takes a biography-mining turn. When I ask about the parallel between her protagonist Neil leaving his field as a historian and her own departure from journalism to become a novelist, Sathian lets out a merry laugh.

“Well, I was never a very good journalist,” she told me over Zoom from her apartment in the outskirts of Atlanta. “And I’m a really competitive person,” Sathian continued, “and so that did matter to me.” Her life in journalism was good, she noted, because it put her in contact with a wide range of human experience. But she felt like she had to nurture and protect her love of the inexplicable. “There’s not a lot of room for that in journalism,” she said. “The whole premise of fiction, for me, is that all people are close to unfathomable, deeply complex, full of the ineffable. It prizes a continued belief in mystery. And that’s what drew me in, made me eventually change course.”

Born in 1990s-era Georgia to a Malayali father and a Kannadiga mother, Sathian was a national debate champion who hoped to attend Harvard. Put otherwise, she was well-primed to write with a loving but skewering eye of the ambition-drenched immigrant suburbs that Gold Diggers features. After some years working as a journalist in the Bay Area, and a brief flirtation with divinity school, she attended the Clarion Workshop in San Diego, an intensive six-week program wi