For years, Memoni food remained absent from mainstream Sri Lankan cuisine, but women from the community are changing that. 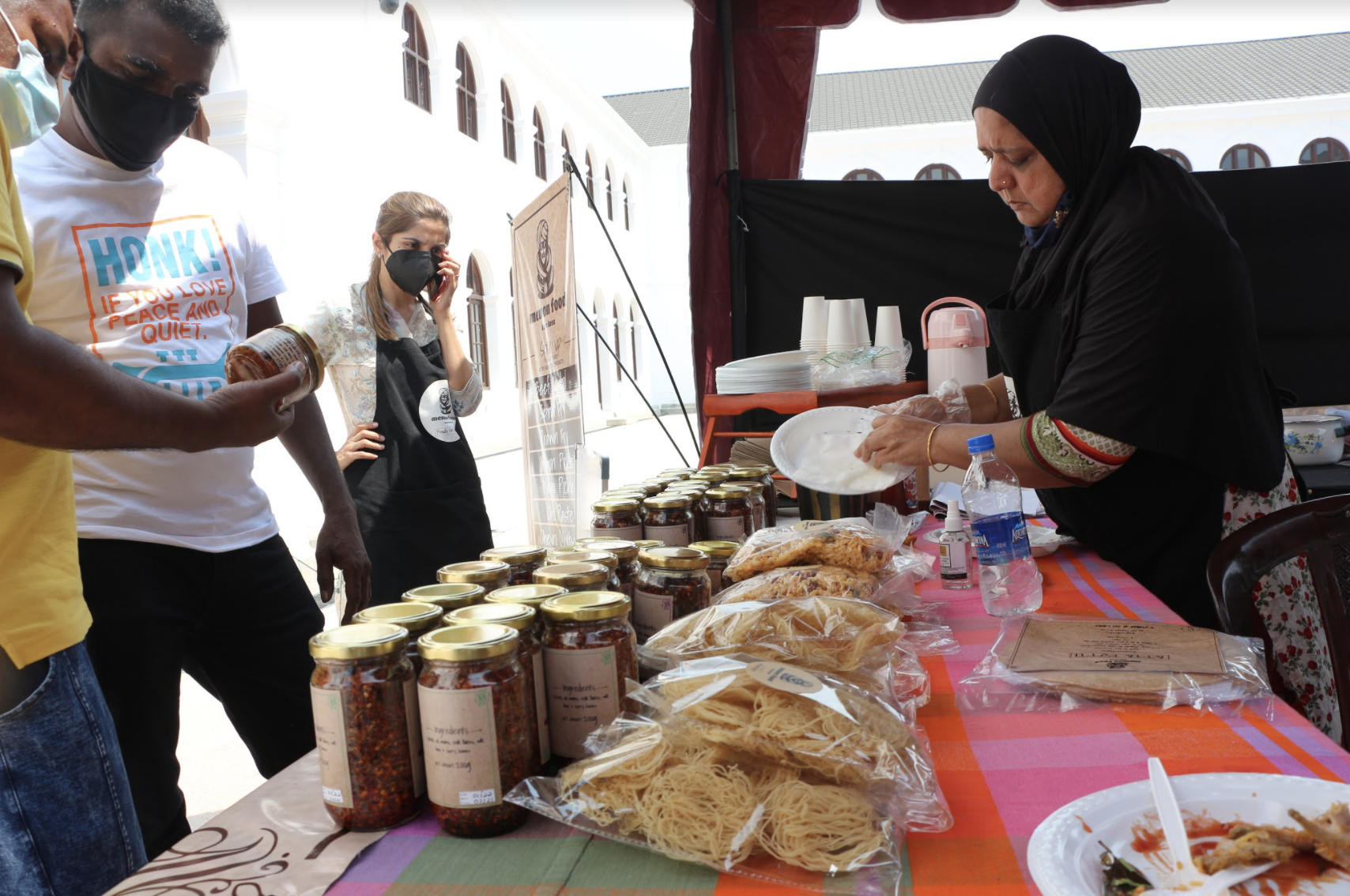 At her open-air stall in Independence Square in Colombo, Uzma Yoosuf served me beef kebabs, crispy chicken samosas, and a cup of home-brewed masala chai. Yoosuf wore a long floral kurta and her hair in a neatly-combed ponytail. Next to her was a large banner with the words “Memon Food.” “Samosas are our hot seller. It’s also our favorite snack at home,” she said, smiling.

Yoosuf is a third-generation Sri Lankan Memon, a community that accounts for just over 6,000 people on the island of nearly 22 million. She speaks to her mother in Memoni — a language closely tied to Sindhi, Urdu, and Gujarati. The Memoni community on the island might be small, but they are close-knit: they have their own magazine and continue to preserve their heritage through the Memon Association of Sri Lanka.

During their journeys from Sindh to Gujarat, then onwards to Jaffna and Colombo, the families of Memons living in Sri Lanka have called many cities home. Along the way, they mingled with various communities and cultures, adapting their own dishes and dietary habits. But Memon families also held their culinary legacies close. This, Sabrina Yoonus, an entrepreneur who sells homemade sauces and who comes from a Memoni family, believes, is the reason Memoni food is largely absent from eateries in Sri Lanka or from Sri Lankan cookbooks. But now, Memoni women like Yoosuf want to bring their cuisine to the wider Sri Lankan publi