Pakistan’s top tennis player, 39, is past the average retirement age. But Qureshi plays tennis for reasons beyond trophies. 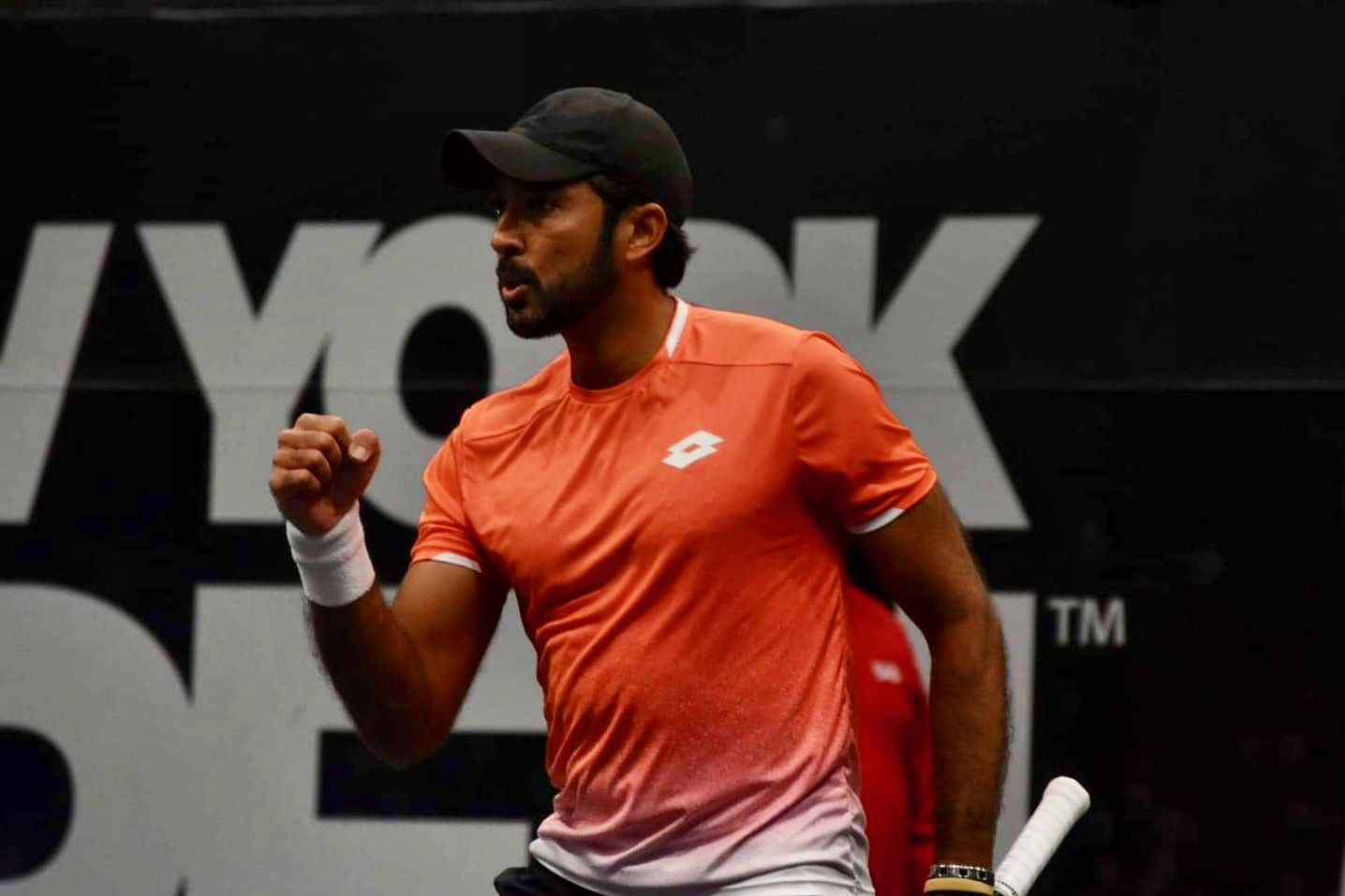 Standing at 6’ 0”, he sports a black cap, orange t-shirt, and dark shorts that match the court beneath his feet. After volleying a perfectly placed forehand winner home, he goes down on one knee, raises a clenched right fist and bellows, “Come on!” A sparse Thursday afternoon crowd – of 10 or so, typical for an early round ATP 250 tournament – claps in appreciation. Four points later, the contest is wrapped up. “Game, set, match, Qureshi-Gonzalez, 6-7, 6-4, 10-5,” the chair umpire intones.

It’s a Valentine’s Day victory for Pakistani tennis star Aisam-ul-Haq Qureshi and his Mexican doubles partner, Santiago Gonzalez. A triumph over the third-seeded British pair, Luke Bambridge and Johnny O’Mara, has propelled them into the semi-finals of the ATP 250 New York Open on Long Island.

Three young Pakistani women rush down from their seats to snap selfies with Qureshi, interrupting his conversation with his former coach Bartek Witke. “It’s good to see Pakistanis,” Qureshi said later, visibly fatigued after post-match treatment. “It’s sweet of them, and motivates me even more to perform and keep up. Hopefully they can be excited for the semi-finals, inshallah.” ‘Inshallah,’ Arabic for ‘God willing,’ is a regular feature of Qureshi’s vernacular.

At 39, Qureshi has passed the typical retirement age for a tennis pro player in the modern era, even if his muscular physique suggests otherwise. Roger Federer will turn 38 this August; one of the first questions commentators asked him after hi