Despite the country’s refusal to acknowledge caste, pockets of activists continue to challenge an entrenched system of discrimination. 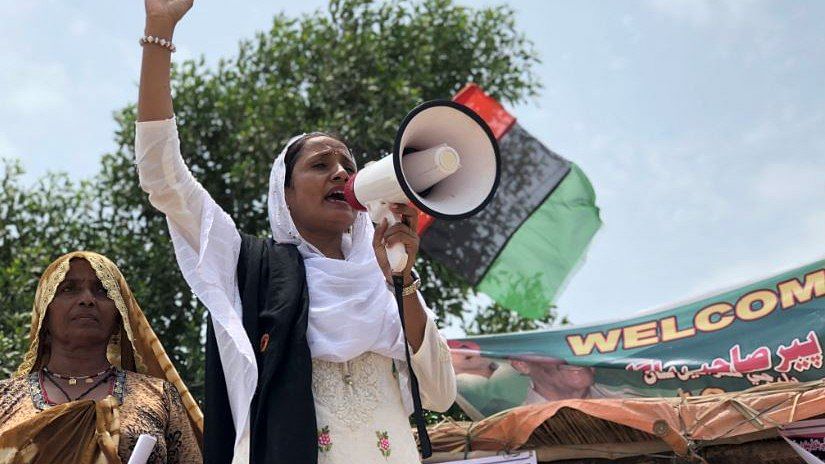 Manu Bheel and his family escaped bonded labor in 1996. They began working as wage laborers in the Mirpurkhas district of Pakistan’s Sindh province, far from the private jail of their former landlord. It wasn’t far enough. Two years later, Manu came home from a wedding to find his entire family missing: nine relatives in total, from his 70-year-old father to his 2-year-old daughter, all vanished without a trace. Despite court notices, activism, and international scrutiny, 22 years later, they remain missing.

Radha Bheel, an activist and one of the leaders of Dalit Sujag Tehreek (DST), a movement for mobilizing scheduled castes across Pakistan, was 20 years old when Manu’s family disappeared. She isn’t related to Manu, but they belong to the same community — one of roughly 40 scheduled castes that the Pakistani state recognizes. At the time, Radha, after making her way through school and college to enter a world beyond the rural confines of her childhood, was beginning to better understand caste and how it tainted the most mundane of interactions. The “special” cup in which she was served tea at a friend’s house, her colleagues’ refusal to eat together — these infractions weren’t necessarily different from what had happened to Manu Bheel. They existed on a continuum of discrimination. That year, Radha gave her first political speech, calling for justice for Manu.

In the early decades of the 20th century, as the movement for Dalit emancipation picked up steam across South Asia, some of the demands put forth by Dalit leaders such as Ambedkar resonated with the interests of Muslims, who were seeking similar protections