Bodybuilding is one of the most extreme avatars of gym culture. Despite taboos and financial constraints, female bodybuilders in India continue to compete. 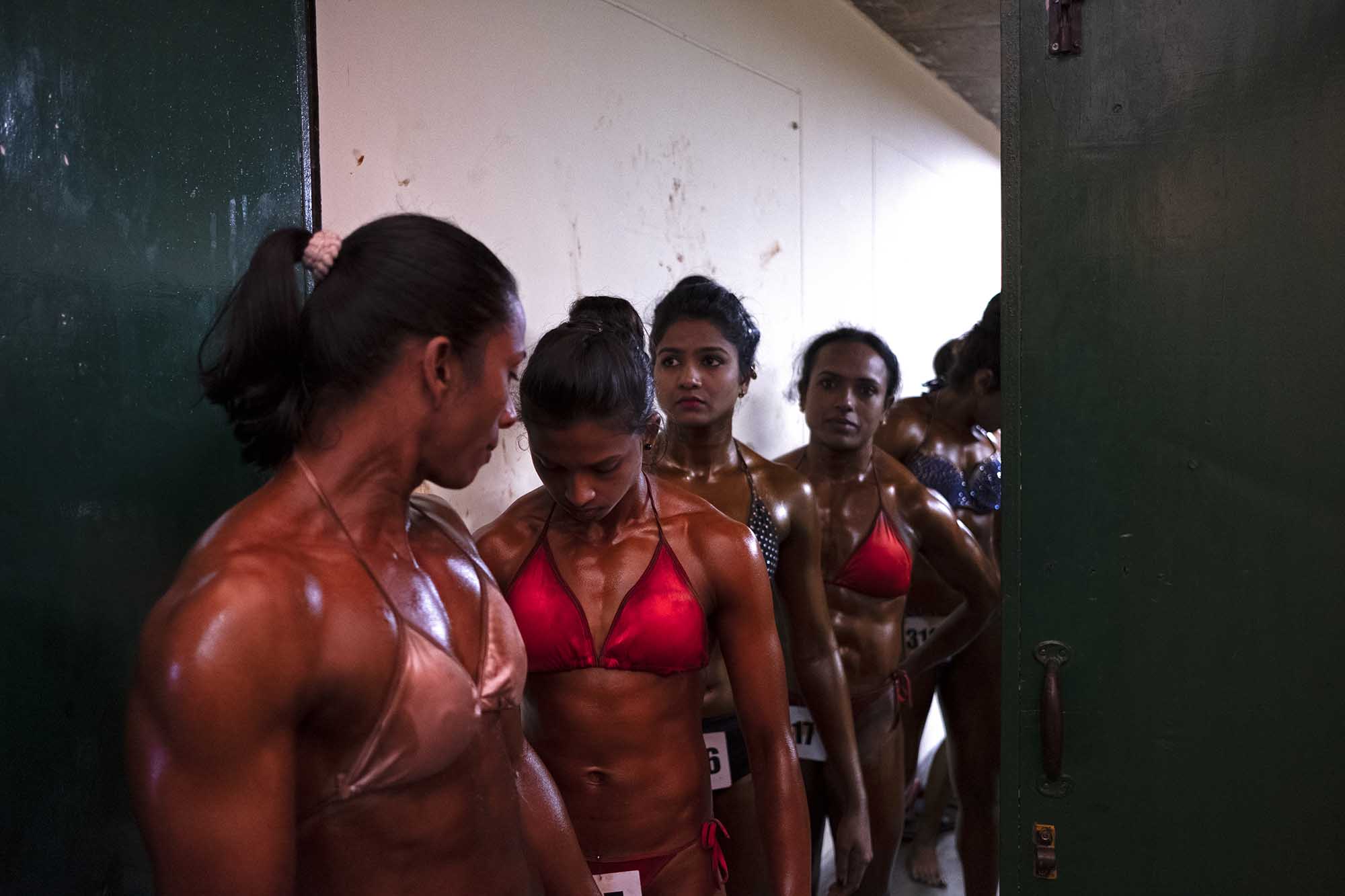 Compared to the hundreds of male bodybuilders that throng the auditorium, eight women — students, doctors, railway officers — competed in the open category for the winning title and a cash prize of ₹10,000 ($143). (Karen Dias)

Shouts and cheers from the crowds competed with electronic music, Punjabi rap, and Bollywood tunes. Men dressed in underwear with a trunk number dangling near their crotch walked on stage. Though I searched the stage — and backstage — for women bodybuilders, I found none.

We are in Chandigarh, a planned city of slightly over a million in northern India that modernist architect Le Corbusier designed meticulously. Chandigarh’s Government College in Sector 46 was playing host to the 8th Senior Men’s and Women’s Bodybuilding Federation Cup, a day-long event that started with the Men’s Bodybuilding & Men’s and Women’s Physique event, where winners earn the title of Mr. & Miss Chandigarh 2019.

In Chandigarh, the women’s bodybuilding segment has been running for seven years. It’s grown in popularity as more female bodybuilders have gained visibility nationally. Though national-level federations don't have official figur