The Indian government has long been quick to censor content that poses a challenge to the reigning politics of the time. 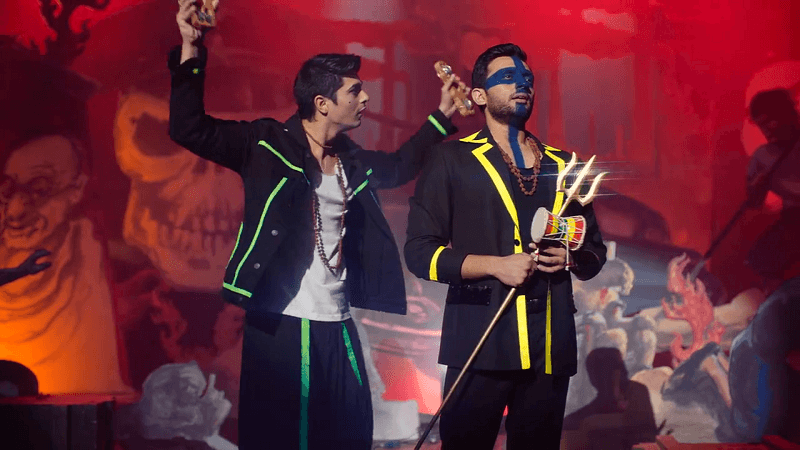 Viewers of 'Tandav' were upset with a scene depicting a stage play, where a character plays a modern, tech-savvy version of Lord Shiva (Amazon Prime).

In Tandav, Ali Abbas Zafar’s 2021 political Amazon Prime series, a student-turned-politician Shiva (Mohammad Zeeshan Ayyub) plays Lord Shiva in a college play. But his Serpent God is not weighed down by mythological costume and makeup — he plays a trendier Lord Shiva, in denim pants and leather jacket, musing about his social media follower count compared to that of Lord Ram’s. This scene prompted a vigorous outburst in real life. Viewers offended by what they felt was blasphemous content called for the banning of the series and Amazon Prime. #BoycottTandav began trending on Twitter, and users charged Islamophobic attacks against director Zafar, star Saif Ali Khan who was leading the cast, and Ayyub. Rajput organization Karni Sena even promised a reward of Rs. 1 crore to anyone who would cut off the tongue of the show’s makers.