The ubiquitous, cooling drink known for its permanent spot on the iftar spread is also indelibly linked with the history of Partition. 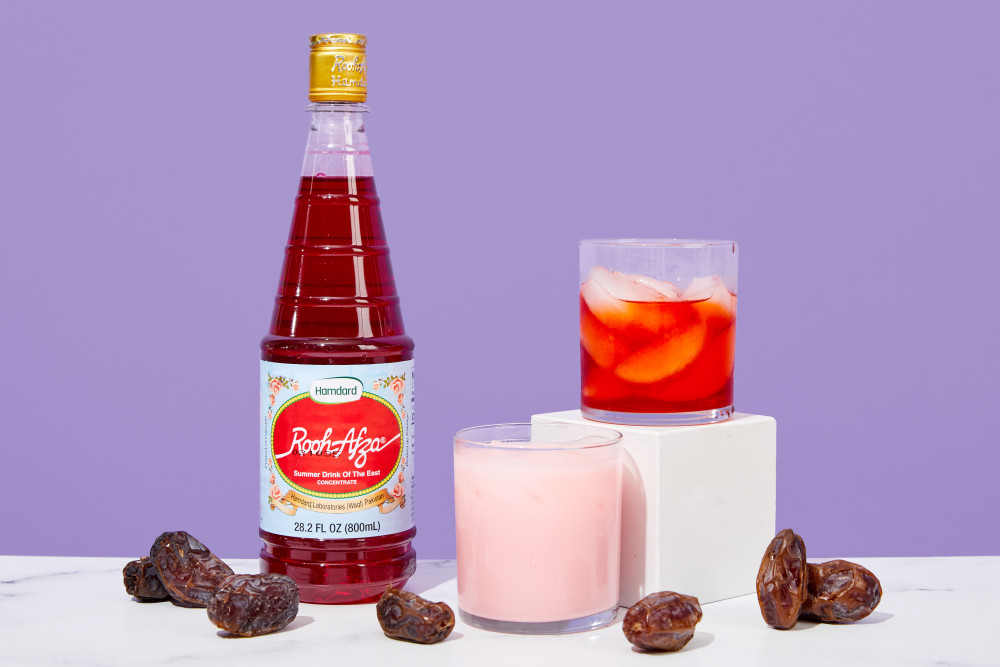 Soona for The Juggernaut

In summertime in Old Delhi’s Matia Mahal — the lane opposite Jama Masjid famous for its kebabs, nihari, and korma — tiny stalls jut out from the gaps between restaurants. Bright signboards announce what they sell: Sharbat-e-Mohabbat, which translates to “sharbat of love.” At Amir Malik’s shop, of YouTube fame, a glass costs less than a dollar. To make the sharbat, Malik places slabs of ice in a large vessel, pours in milk, deftly slices watermelon into the mix, and finally adds the ingredient that gives the sharbat its bubblegum-pink color: Rooh Afza.

Rooh Afza, the ruby-red, fruity bottled concentrate, is also called “Mashroob-e-Mashriq” (the Summer Drink of the East) and forms the basis for drinks ranging from a summer cordial with ice water — and sometimes a squeeze of lemon — to creamy, milky blends, both iced and warm. 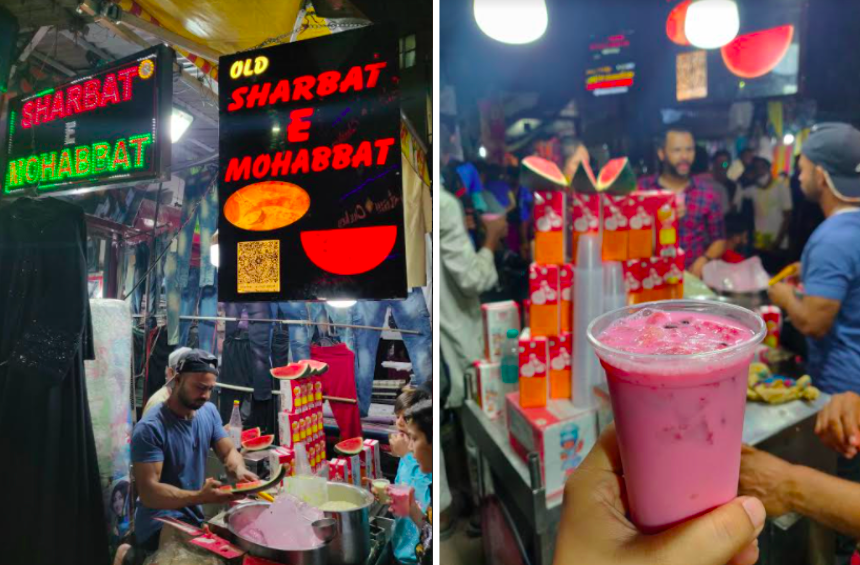